One of the first signs of Christmas approaching is when the wreaths go up on the doors. No doubt strings of twinkling lights and inflatable Santas on the lawn will soon follow. Most folks who hang Christmas wreaths do it as part of their family’s decorating tradition but not everyone knows just how far back the wreath goes in history. They show up in all cultures not just as decorations but also as powerful symbols of achievement and religious faith. Do you know your Christmas wreath history? You will!

The word wreath comes from the Old English word “writhan.” Translated, that means “to twist.” Before the Old English were twisting evergreens into circles, the Ancient Egyptians were using wreaths as headdresses. That might have inspired the Romans who started using laurel wreaths as crowns for their emperors. And if you won a sporting event in ancient Rome then you also go a wreath as your “trophy.”

Many pagan traditions were folded into the official Christmas canon. That is true with the appearance of the wreath. The early pagans held a 12-day festival in midwinter that was all about honoring the return of the sun. They called this Yuletide. It was the Germans of the time that would cut trees and bring them into the home as a way of saying, “Spring is just around the corner.” They would prune the trees into a desirable shape and use the scraps to create wreaths. The wreaths were also used during these celebrations as a “shout out” to the return of spring. They weren’t put onto doors (yet) as much as they were displayed on tables with candles to symbolize the warmth of the sun. These wreaths were also given as givens during the festival.

Around the 16th century, the Yule tradition of wreaths was repurposed by the Christians as their Advent wreaths. They were also made of evergreens to symbolize eternal life. These wreaths would hold the four candles of Advent. One for each week leading up to Christmas. Each of these candles represents a different kind of “meditation” that is meant to prepare followers for the birth of Jesus on December 25th. The first candle is for hope, the second for love, the third for joy and the fourth for peace. Those are great things to be thinking about during this time of the year.

It wasn’t a stretch for folks to adapt their advent wreaths for decorations on their doors as another way to say, “Christmas is welcome in this house.” The choice then becomes “live” or “artificial.” Either way, the wreath on your door will always provoke a smile to friends and family who come calling during the Yuletide. 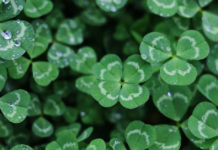 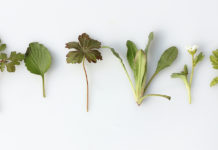 How to Host a Virtual New Year’s Eve Party

The Steps to Planning A Fun Family Road Trip