Documentaries connect us all, especially with the essence of real life that they include. Covering everything from history to politics, culture, food, athletics, and more, it’s like coverage of every tiny corner of the world. Considering the many different filmmakers who produced documentaries and “docuseries” for Netflix, we have the ability to go deeper into a story than ever before.

At this time there are several trending documentaries and docuseries running actively for the entertainment and education of Netflix customers. A little information about all of them:

Murder Among the Mormons is a 3-episode docuseries, including historical document discoveries that threaten to upend the Latter Day Saints church, only for key parties to turn up dead from bombings.

My Octopus Teacher is a soothing, uplifting, and oddly beautiful movie covering the filmmaker Craig Foster who goes snorkeling off the coast of South Africa and interacts with an octopus.

The six-episode docuseries High Score is an in-depth look at the origin of video games, telling the shift from arcade games to in-home consoles. It chronicles everything from the game-changing arrival of the NES to how Sega built a strategy to challenge Nintendo.

The Last Dance is a 10-episode docuseries covering the story of Michael Jordan’s final season with the Chicago Bulls. It includes the story of his earlier life and career, along with those of teammates like Scottie Pippen and Dennis Rodman, contextualizing the 1997-98 Bulls season by filling in the blanks of what came before.

The Speed Cubers is a documentary following competitive Rubix Cube solvers Feliks Zemdegs from Australia, who was the uncontested world champion until the arrival of American Max Park.

American Factory the first award-winning title under the Higher Ground banner, a production company formed by President Barack Obama and First Lady Michelle Obama, looks at a defunct General Motors plant in Dayton, Ohio which is refreshed when a Chinese billionaire invests in it as a new American glass-making facility for his company, Fuyao.

The Great Hack is a 2019 documentary covering the Facebook-Cambridge Analytica scandal, and how, despite Facebook’s denials, the social media giant used personal data harvested by its users.

The four-part docuseries Conversations with a Killer: The Ted Bundy Tapes pulls from an interview series in which Ted Bundy agreed to speak in the third person, analyzing the kind of person who may have committed the crimes attributed to him.

Netflix has a bountiful of great documentaries that cover a diverse range of subjects, from true crime to sports to even filmmaking. Below, we’ve assembled a list of what we believe are the best documentaries on Netflix right now. 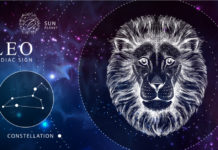 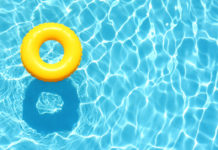 Documentaries to Check Out